Epigenetic disorders and also what we call drug-related diseases can affect all the cells of the body, not only individual control systems. For this reason they both have a considerable influence on the body’s physiology.

The term “genetics” is often used in general usage, whereas what people actually mean is epigenetics, because only 2% of all diseases that are described as being genetic are really caused by a single defective gene.1Lipton, Bruce H., The Biology of Belief 10th Anniversary Edition (S.27) 98% of all illnesses are epigenetic in nature. Epigenetic disorders do not affect the genes themselves, but the way they are read and expressed. Epigenetic disorders are triggered by environmental events outside of the gene, 2Lipton, Biology of Belief, 2006 that can come from outside of the body or from inside the body including the cell. Epigenetic disorders may be passed on to subsequent generations. Epigenetic processes take place when genes are switched on and off. This is called gene regulation. Most genes that govern health and disease are subject to constant regulation.3Bauer,Das Gedächtnis des Körpers, 2016, S. 222 This means that epigenetic disorders are reversible. However, untreated epigenetic changes can also become permanent and thus impact the lives of future generations.

The Consequences of Epigenetic Changes

Epigenetic changes may occur for the organism’s benefit as well as to its detriment. Ultimately, these changes are the result of the way we interact with and adapt to our environment. These also include nutritional deficiencies and psychological effects. In my experience, epigenetic nutrient deficiencies can lead to individuals having a greater need for certain nutrients, which ultimately cannot be met by diet alone, leading to a lack of energy at the cellular level. This may then lead to hormonal imbalances and a shift in the conditions in the neurotransmitters, as well as to problems with detoxification. 4also see: Walsh, Nutrient Power, 2016 Trauma can also be classified as epigenetic change, 5Bauer,Das Gedächtnis des Körpers, 2016, p. 168 although presenting in the form of an overload of the nervous system. Especially attachment disorders, which in my view are in principle omnipresent in different degrees, have a crucial influence on the entire system. Early childhood or even intra-uterine risks to the organism trigger traumatic mechanisms that keep individuals in a constant state of alarm, even if there is no current recognizable threat from the “outside”. In any case, it can be assumed that “factors that control genes and can influence health are to a large extent interpersonal relationships”.6Bauer, Das Gedächtnis des Körpers, 2016, S. 11 Of course, toxins and even medication can cause epigenetic changes. For toxins, this is mostly an adverse side effect, but in the case of medication, it is intentional. Every time a drug exerts an effect, there is the potential for a direct or indirect epigenetic change.7Csoka, Epigenetic side-effects of common pharmaceuticals, 2009

Science has only recently recognized that drugs can also have long-lasting effects,8Csoka, Epigenetic side-effects of common pharmaceuticals, 2009 whereas the ancient homeopaths called this condition “drug disease.” This refers to the permanent effect of substances on bodily functions, even a long time after the intake has been stopped. A common example in my practice is hormonal disorders after discontinuation of the pill, or permanent anorgasmia after stopping taking antidepressants. It is likely that here too, as well as other pharmacological effects, permanent epigenetic changes will occur. This adds a whole new dimension to the notion of drug side effects. It is now known that at least some drugs are capable of permanently “reprogramming” a cell’s function. In other words, the cell is no longer able to carry out its original biological function. 9Kanherkar et al., The Effect of Citalopram on Gerome-Wide DNA Methylation of Human Cells, 2018 It could be argued that some permanent changes may be desirable, but most permanent drug side effects are not likely to be considered as such. “These side effects are a consequence of conceptual reductionism in the way drugs are formulated and studied, mainly due to a lack of knowledge of the pathophysiological pathways and networks of gene regulation over which they exert an influence”.10Csoka, Epigenetic side-effects of common pharmaceuticals, 2009 Therefore, in practice, the drug-related diseases often prove to be a treatment blockade. Reprogrammed cells could be an explanation for the fact that women who once took the pill still have difficulty independently regulating their hormones after they stop taking the pill. This “post-pill syndrome” exceeds the original symptoms in its severity many times over in cases where the pill was taken not for contraceptive purposes but to regulate the cycle.

It seems to be that the body can ‘unlearn’ how to function optimally on its own as a result of huge, ultimately non-physiological external manipulation. One such phenomenon has been proven in addictive drugs such as ecstasy, cocaine, and cannabis.11Bauer, The Memory of the Body, 2016, S. 128 These alter dopamine and GABA receptors to such an extent that it is impossible to have positive feelings without drugs (in increasing amounts). In practice, this makes drug-related diseases a major problem, something that almost everyone has in one form or another. After all, everyone has taken antibiotics, hormones, painkillers, or antidepressants at some point in their lives. Drug-related diseases do not only produce symptoms where there were none before. The symptoms produced as a result of the drug also often disguise the body’s original language of symptoms, which can make it much more difficult to find the original cause of disease. However, even if the original symptoms are still visible, unfortunately, the former medication often blocks the treatment of the original problem by sitting like a layer on the body’s natural regulation. In this respect, epigenetic disorders and also drug-related diseases are important factors in the self-regulation of physical regulatory systems in that they can turn on or off the genetic expression of the genes of these systems. It is important to keep this in mind when it comes to the actual treatment of the body’s regulatory systems. You will find out more about the body’s chain of command in the body’s regulatory systems (nervous system, hormonal system, immune system) on the next page. 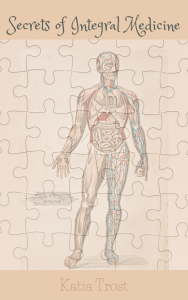