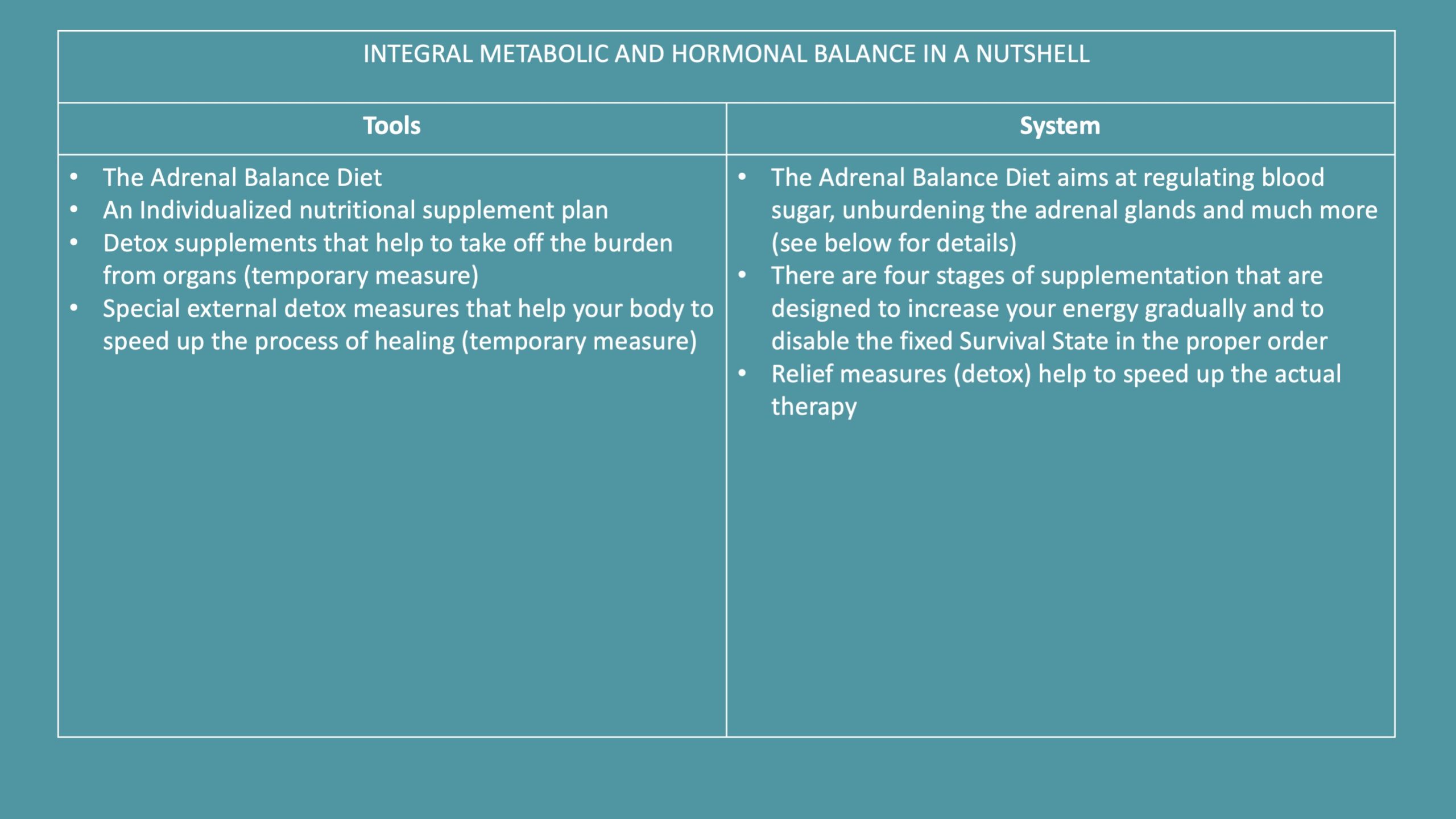 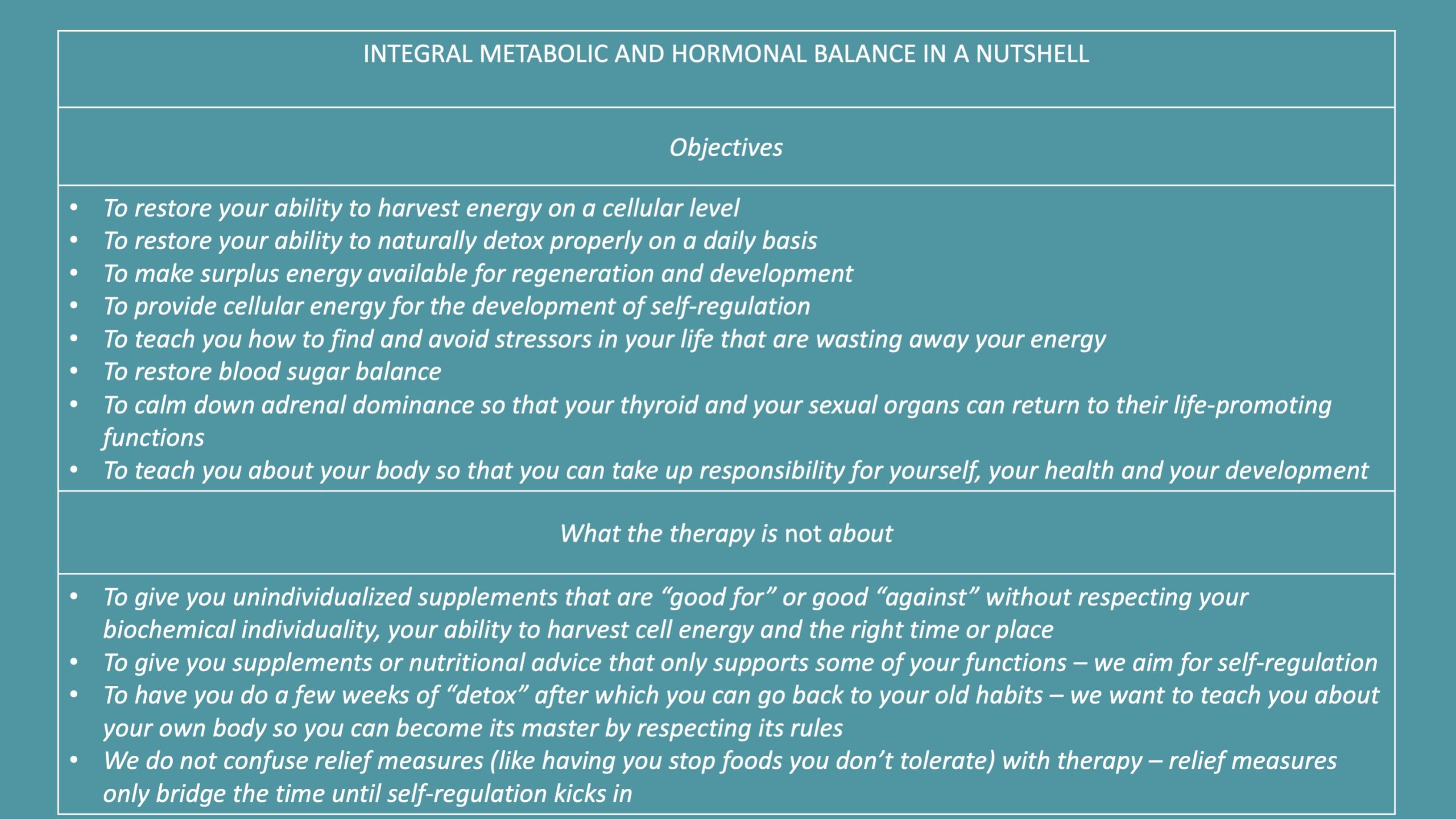 The program won’t work without supplements. I have explained the basic reasons for this here. To produce energy at the cellular level, the body needs:

The majority of patients start the therapy in the “nutrient- and health debit” and therefore have to take large amounts of food supplements (20-30 tablets spread over the day is not uncommon).

This applies in particular to epigenetic nutrient deficiencies, which are often found in patients. This is why I would like to elaborate on the concept of nutritional dependencies as opposed to pharmacological nutritional requirements. I will get into this in more detail here.

The purpose of stage I is to regulate the copper-zinc ratio, support the adrenals, stabilize blood sugar and boost MT production, the following stages II and III aim to further increase energy production. In stage II mainly by iodine, in stage III by potassium.

In addition, in stage II you deal with disturbances of the metal balance through the MT protocol, and in stage III you regulate the sulfur balance of the patient.

The support of digestion and the hormonal system remains the same throughout all stages. 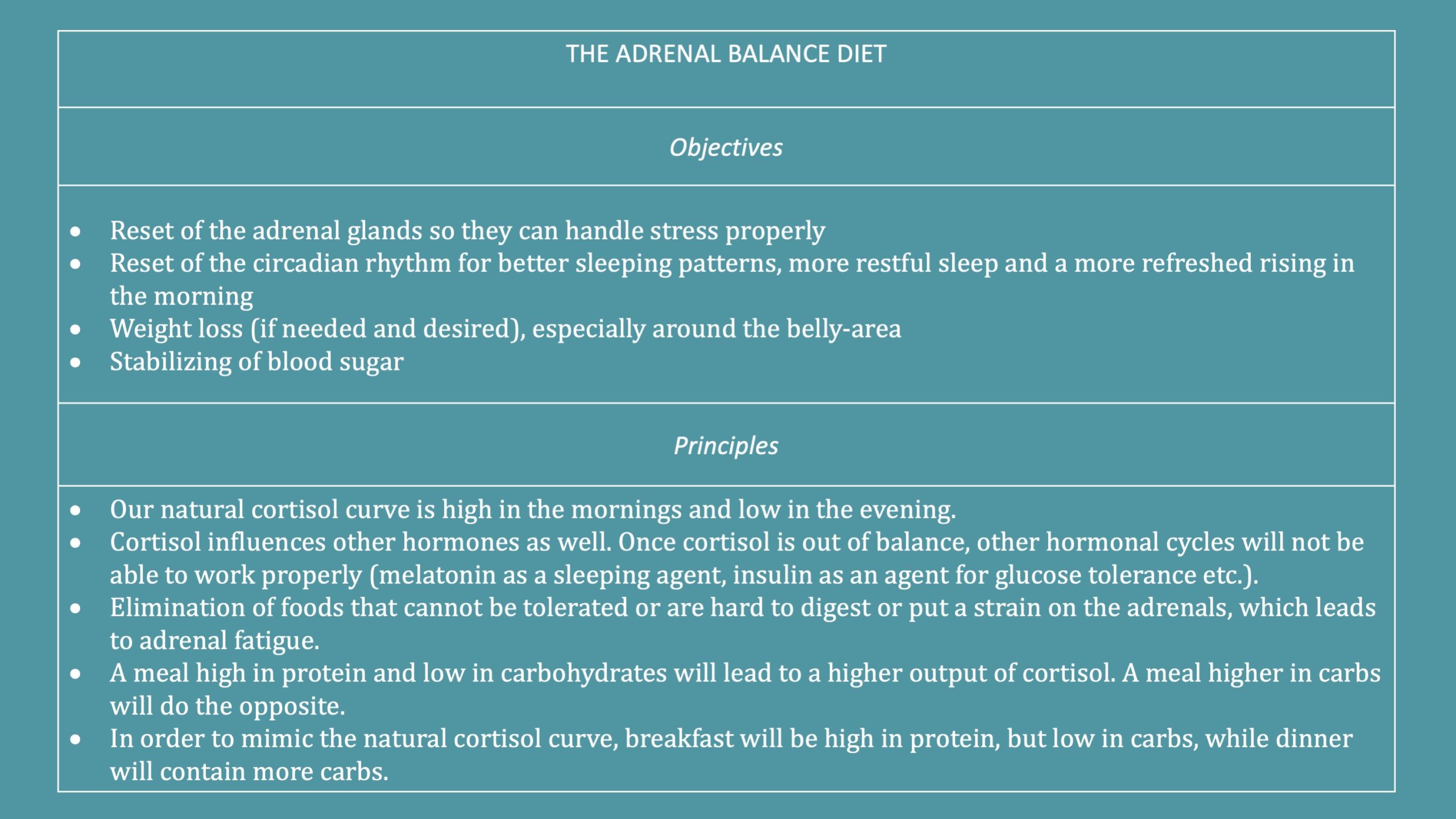 I would like to point out that the concept of the Adrenal Balance Diet is very well thought out and none of it has been arbitrarily determined. Accordingly, the diet as a whole will no longer work if individual parts are changed or even the ratios of the food groups to each other. I have really looked into many alternatives and possible other approaches and diets in great detail. The Adrenal Balance Diet is already the result of many failed attempts, whereas the recommendations made in its current form have proven themselves over many years with very many patients.

Therefore, the implementation of the diet is not optional in the Integral Evolution system. Most patients will need it for a few months before they can implement a more moderate diet.

Image: own work with PowerPoint